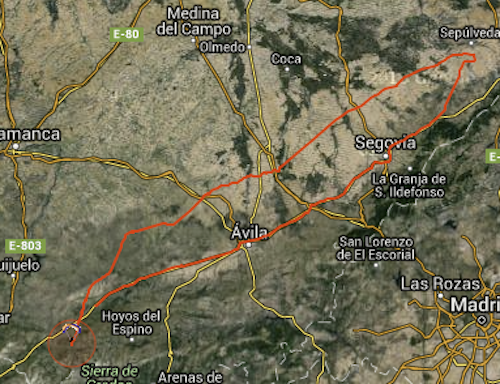 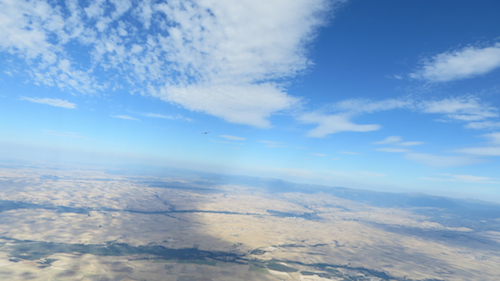 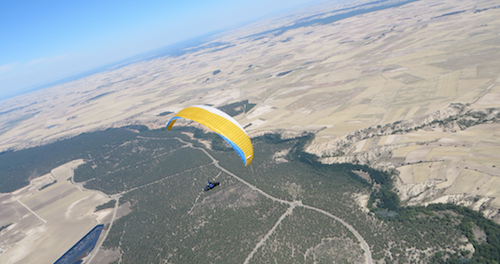 A big day from Lastra today with Gunnar making his PB of 175km.  Curiously, his last PB was in 1995 in the PWC race task I set to Acrones from La Lastra.  That 170km goal was something of a revelation in the PG world when around 50 pilots made it.  Even now nearly 20 years later I am unsure if that has been matched  in a PWC task. Great flights for many other too, with Simon the next down with around 150km.  Even I went along for the ride.  The last 60km or so were done without thermalling running the convergence at around 60km /hr at trim.  No Cu clouds , must mainly a blue day and some high level Altocu/ mashed potato along the convergence at the end.  Photos by Gunnar, the yellow Iota is me (Steve)