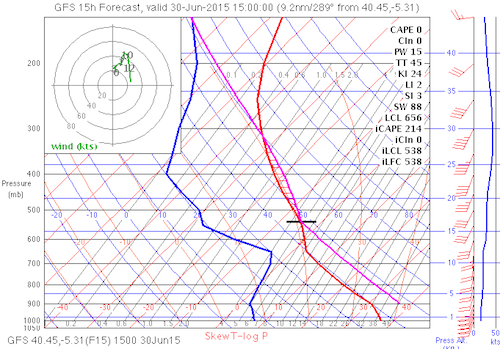 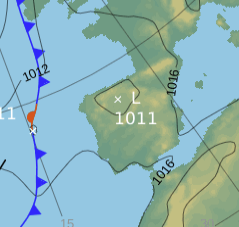 After yesterdays epic conditions today is going to be disappointment I fear.

Although the thermic conditions are similar, though a lower inversion at 1500hrs at around 3800m, it is unlikely that we can safely fly during the day time due to the forecast winds.   which are 40km/hr at take off level and 60km/hr at 3000m.  For the brave this is a 400km day, for the cowardly, sensible and normal, it is a little bit too much!

We may go early to have a look at La Lastra to see if it is possible early on.  The most likely flying scenario is flying late at around 8pm at lastra when things have smoothed out and dropped off.