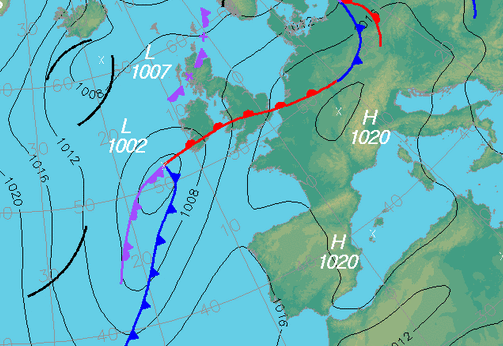 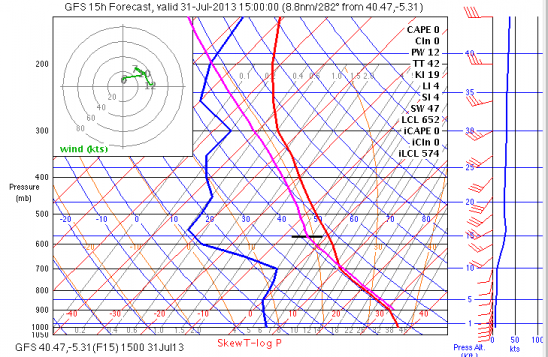 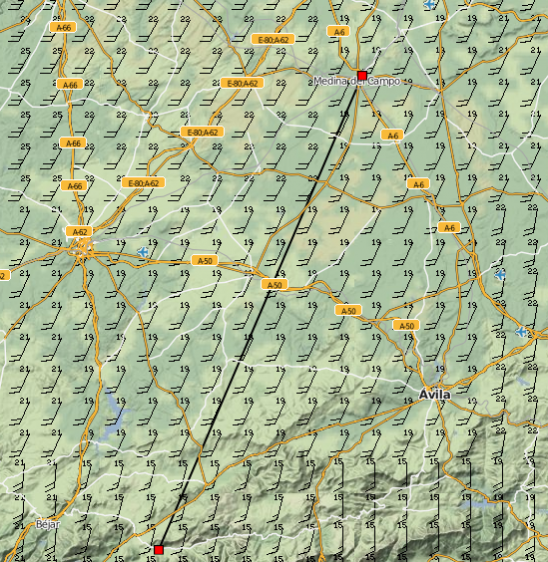 XC secgtion to NE over time 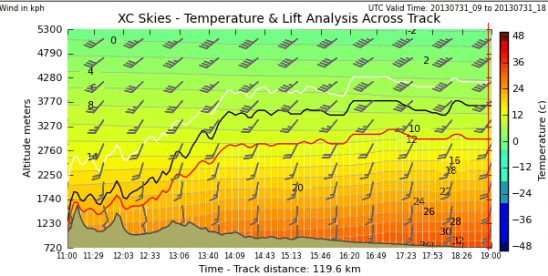 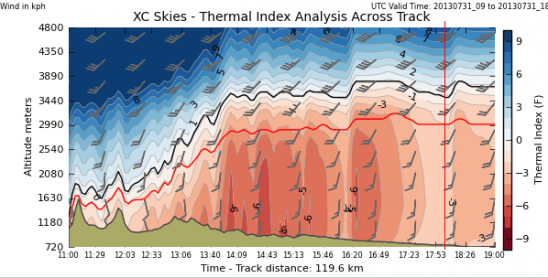 Wind strong enough to prevent it from comming on to PN so we will go early to La Lastra take off.

Trigger temp is around 31ºC, higer than previous days, so we may also expect a later start of decent  thermals; probably after 2pm.  Inversion only at 3200, so if temp goes high enough themal quality should be good.  However, Lastra is likely to get strong early, so we may have to go early to ensure a safe take off.

As is often the case these conditions offer huge potential, but also it will be hard to stay up early on and also the take off is normally turbulent.  There is wind in the Piedrahita valley from 8am which is generally a bad sign and the wind maybe more than forecast.

Potential to go over 200km without airspace altitude problems.  See map below  (though a bit confusing I will explain at the Briefing at 10.15am 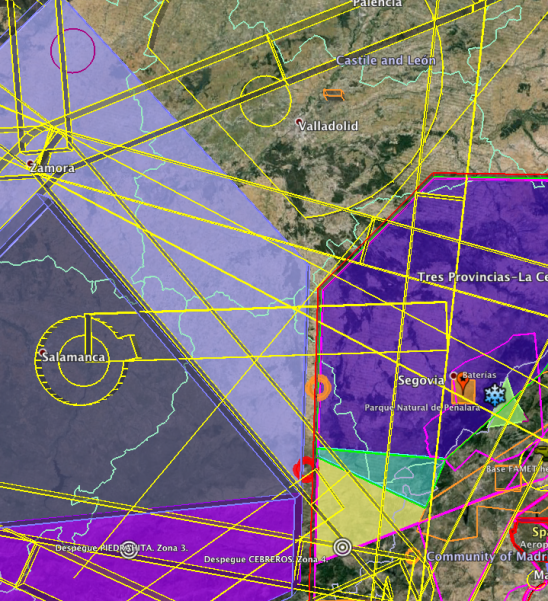 Qutie windy at Lastra and only Karsten, Gus and Christian flew early on (also Marshall and Tom in the evening).  Great flights by Karsten and Gus both with over 100km. 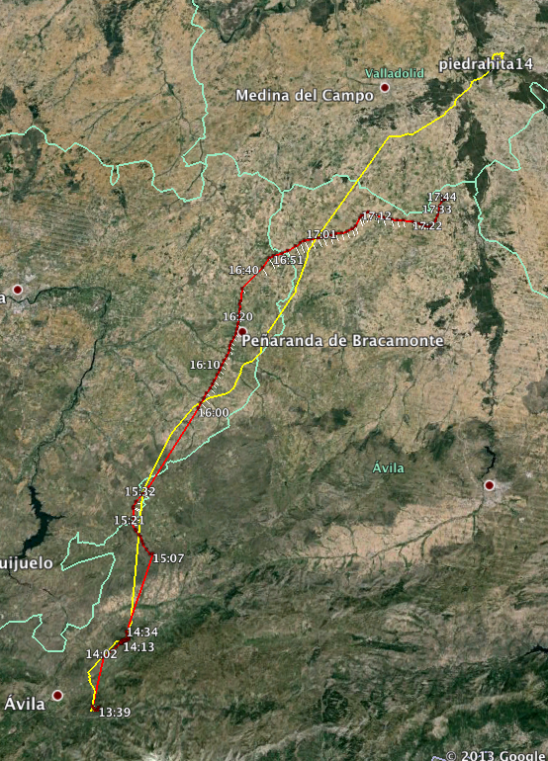