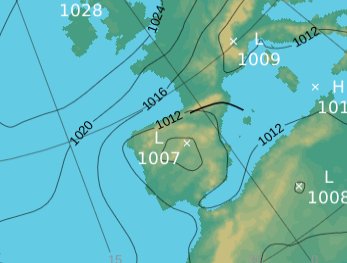 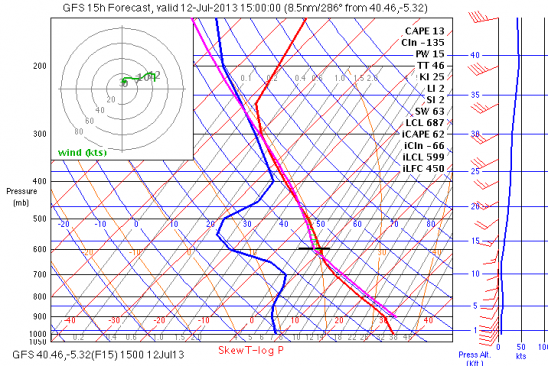 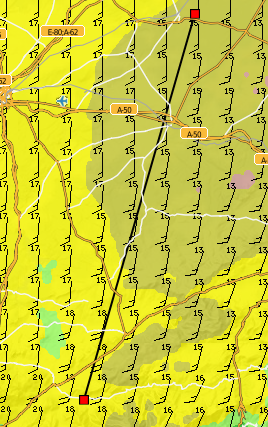 X section from Lastra to NE

X section from Lastra to NE

Still under the influence of the heat low with a trough to the N of the Peninsula.  The Skew T looks less threatening today with a little more stability from around 3000m which reduced the threat of Cbs.  The wind is SW and because of the relative stability of the trace (trigger temp around 30ºC) it may be a long time before the wind comes on at Peña Negra.

I am considering going to the launch at Lastra, this will give us a flight over the back and a track over the back to the NE avoiding the Ambles valley and free of airspace to 200km.

We should be ready to go at 11am, though I will be checking the windsock at launch until then to see if there are any signs of the wind coming on at PN.  If it shows positive signs we will delay, as PN is always more healthy to fly at that Lastra.

A great day at Lastra will all but Felix climbing out and going over the back.  Felix made an top landing to the W of the firewatch tower.   Our pilots thinned out after crossing to the N of the Piedrahita valley, with landing around Gallegos de Solmiron.  Mark, Ian, Nigel and myself finally got over 3000m at this point and continued towards Salamanca, though swinging more to the East some 15km short of Alba.  Ian and mark went down after 50km or so.  Soon after Nigel and I climbed near a large stubble fire in quite dramatic lift.  I carried on to 90km not turning much for those 40km and landed to have a look at Madrigal de las Altas Torres, but unfortunately I got the town wrong.  Nigel carried on to 122kkm to near Tordesillas, another historic Castillian town. 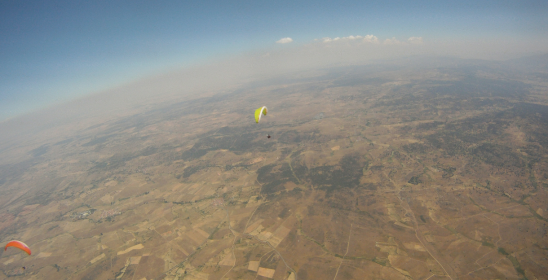 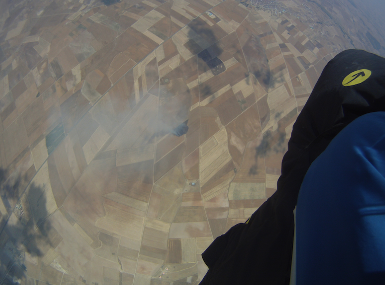 Giant Stubble fire about 2500m below