North Wind, OandR for Ian and over the Pass for 5 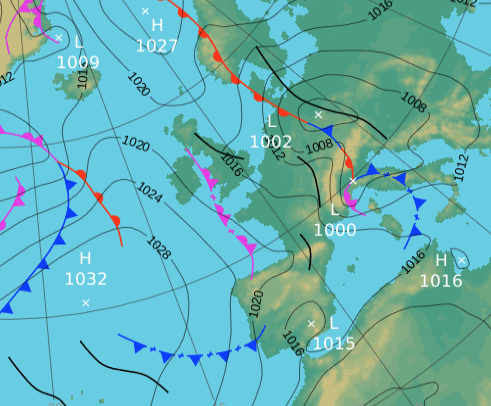 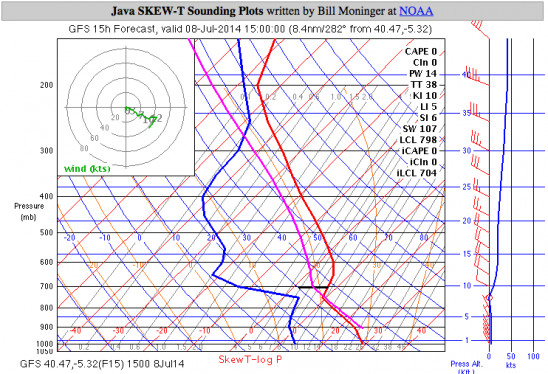 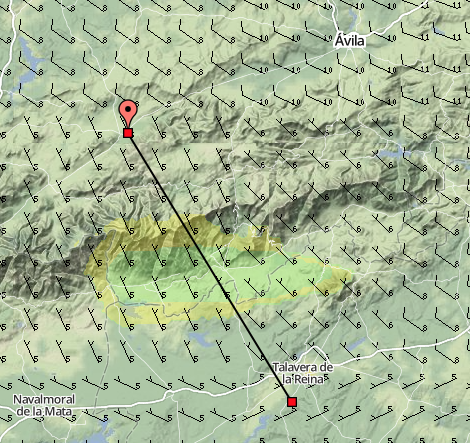 Sectionacross mountains and winds at 1800m 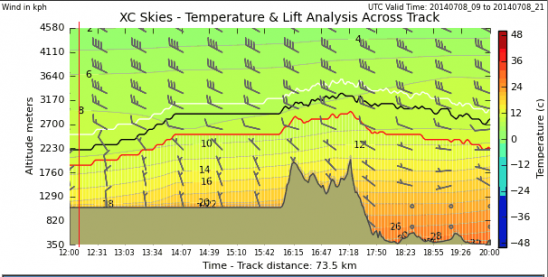 Stability in the Peninsula, especially compared with the rest of Europe.  We have this northern flow,which is quite strong  at altitude.  However, initially the strong wind will remain above the inversion, though as mixing starts this wind will come  down and perhaps make the evening flight once again difficult.

A problematic day for long xcd as most thermals won’t go above 2600m  , so going over the back will be a risk.

there is quite a difference in  forecast from NOA and the spanish institute.  If we believe the americans we should fly towards Avila, and the other forecast towards Barco.  The most likely is the Barco direction.

Late start, but eventually with NW wind so the majority of us went for the Pass, though Ian headed for Barco.   Over the Pass were Bob, who threw up a few times and had to land, and Mike L, Rob myself and Mike T, who made the best with 48km.  Meanwhile , Ian flew back from the Barco valley to the Pass, then back to Barco with over 8 hours logged on his tracker and probably 80km + flown.