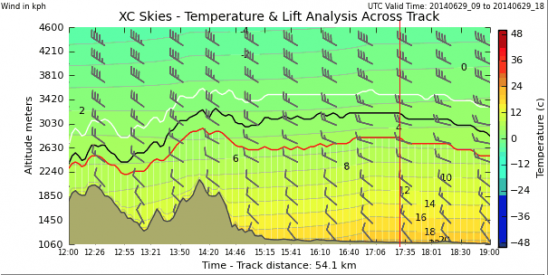 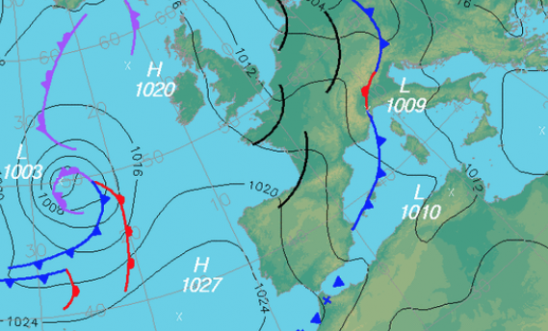 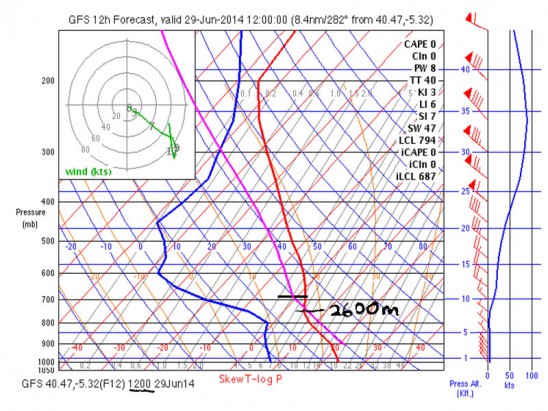 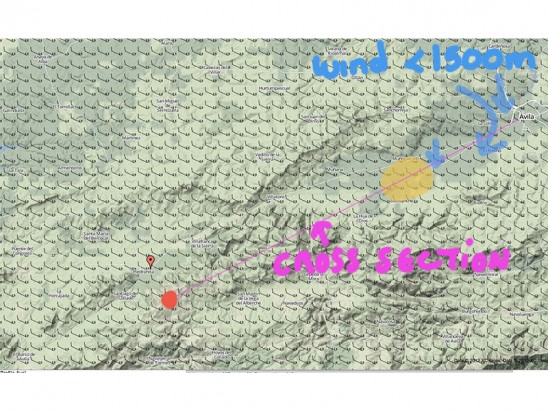 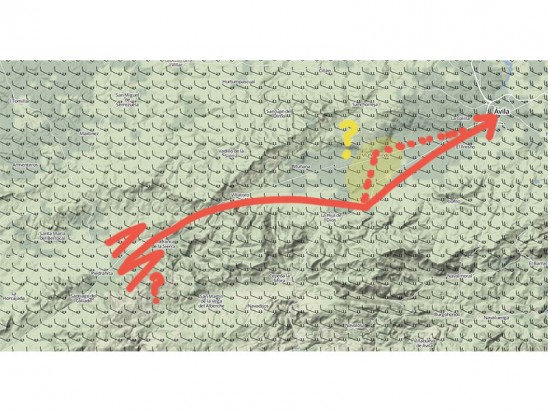 After the passage of a cold front yesterday with a large amount of associated cloud, we now have a northern flow, much lighter and which should give  us reasonable conditions for tasks.

Because of the high humidity this morning we will have cloud condensing below take of level till around mid day.  There should be drying out as the afternoon advances, with likely just blue thermals by around 3pm.  There is an inversion around 2600m which will reinforce as the afternoon goes on, but climbs to around 3000m should be possible in some areas, though 2600m will be the norm.

1. Could base will be very low for the first hours of sharable conditions.  It would be best to select turn points in the Piedrahita Valley initially to allow conditions to improve before crossing into the Ambles Valley.

2.The wind is on the hill, not a rough lee side, so the  early part of the task could deb no the mountain or near it.  (corrales, Zig Zag, chalet etc).

3.it is more North wind than West, so on crossing the pass if conditions are weak pilots will be taken towards the Paramera range.  Perhaps a fist turn point in that valley  near Solosancho.

4.Because of North component in the wind there will be a low level N wind at Avila which may make it difficult to go beyond Avila.  I would  suggest Avila Goal.

5. Probable convergence near Muñogalindo, which would allow that as a turnpoint, but may prove too much into wind.

The usual, 3 reserve rides, and a drunken Mexican.

Ian, who arrived today with us did a late afternoon flight to Avila.  Nice!