Another Excellent day. Barco and Back

Anticyclone well installed giving us nice weather through to Tuesday with a bit of a heat low forming over the Peninsula.  Generally light NE today.  A bit more stable with a lower inversion to start with at around 2600m, with blue  thermal tops reaching 3000m later in the afternoon.

Super condiitons, but a bit weak early on.  We passed Barco to the antenna hill then came back.  Pete, Rob, Nick and myslef getting back to Piedrahita and James about 5km back at Santiago.  Jill also downed about 5km back from Barco on return.  Clair was first to arrive at the Antenna hill but bombed there.

All in all 2 weeks for the Wessex club with flying every day-  I am hoping it will be the same for the Malvern club next week. 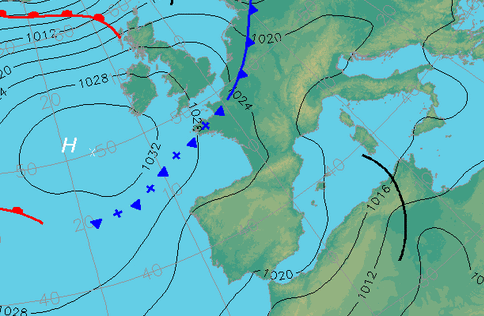 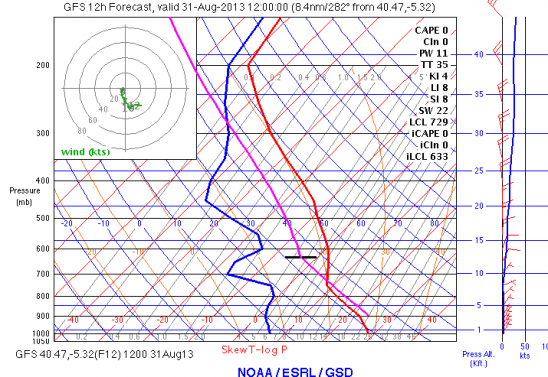 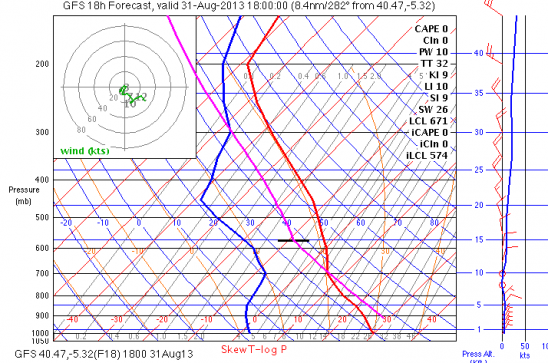 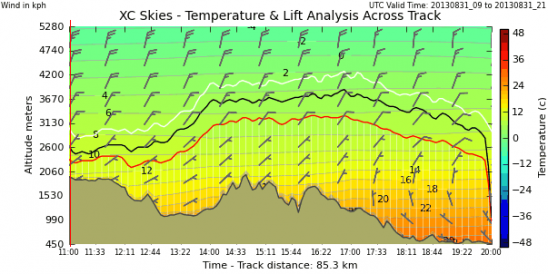 X section to Plasencia over time