High pressure at surface and above the convection layer.  Spreading of the isobars and hopefully less wind than yesterday, though picking up to around 20km/hr later afternoon.

A slow start and slightly higher trigger temperature than yesterday so likely to be a later start.  A similar route to yesterday, hand hopefully we can get nearer to 3000m and continue beyond Barco and the TV Pass towards Plasencia.

Nil wind at take off at 9am.  The first time for quite some time we have seen this. 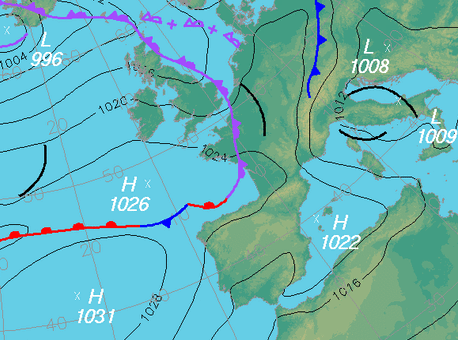 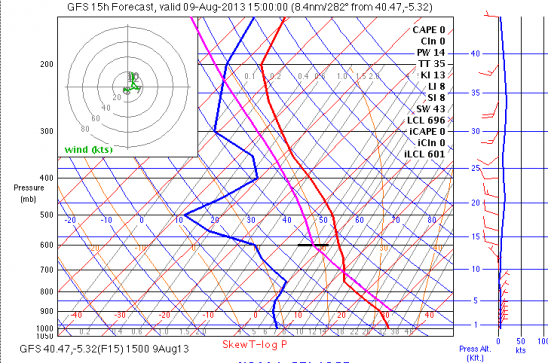 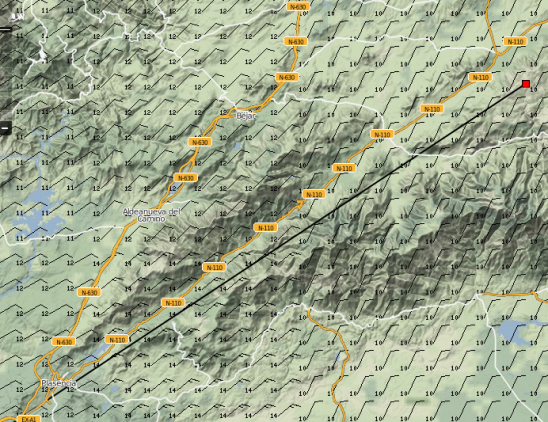 Section to Plasencia with winds at 2400m

Nice conditions as forecast.  I flew with Sara on the tandem and we had a nice flight but landed some kms back from the TV pass to ensure a big landing.  Only Nelson (52.1km)and Johan (46.8)carried beyond the Pass , Nelson having a particularly tight landing. 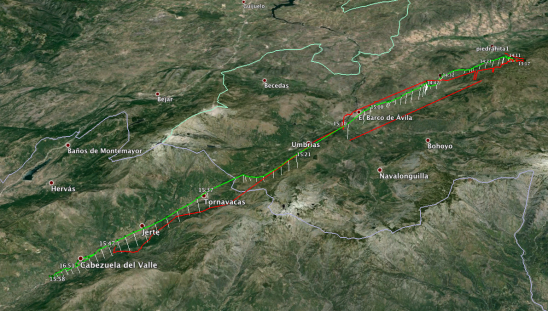 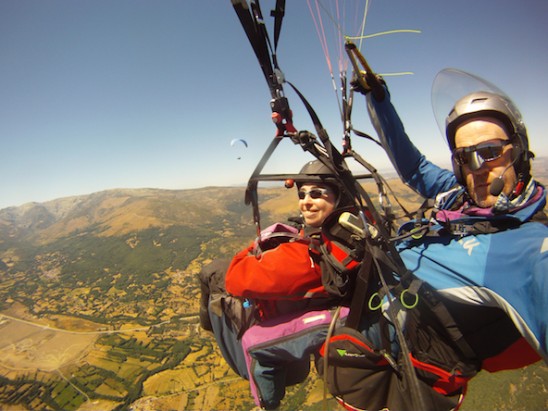 With Sara on the way towards Tornavacas.  Pete in front,