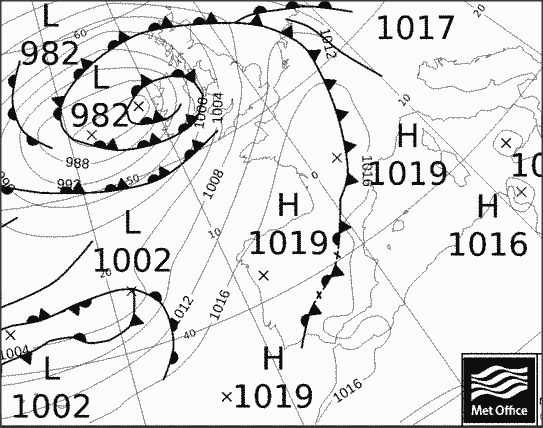 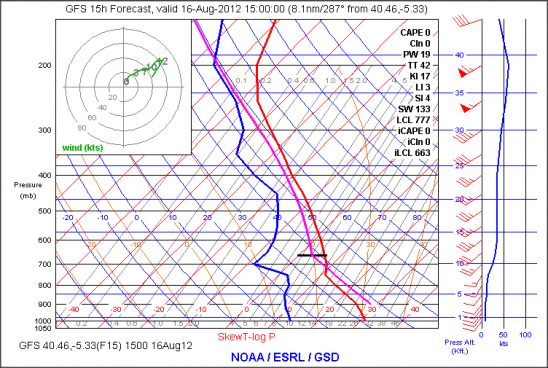 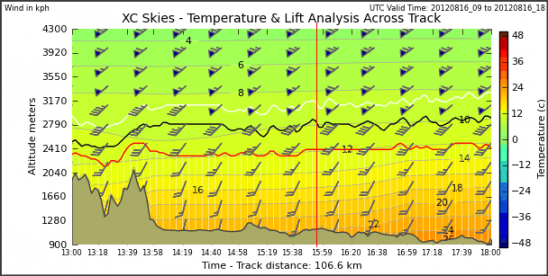 The south west winds still tied to upper level strong SW linled to depressions in the Atlantic. Spome African air due to arrive increasing temperatures. Inversion at 2600m and with top temp around 28ºC climbs to above 2800m unlikely.

Wind may come on at PN (S at 8.30am) but we will be prepared to go a bit earlier to Lastra.

Ok at Lastra, with only Carolyn landing infront.  Martin, Nigel, John, myself and Juaquin managed to get out of the N side of the Piedrahita Valley, but John leaving most of us for a 61km PB never going much over 2300m. 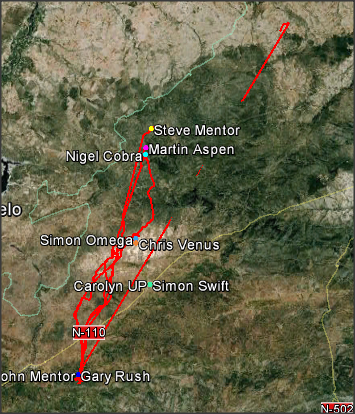 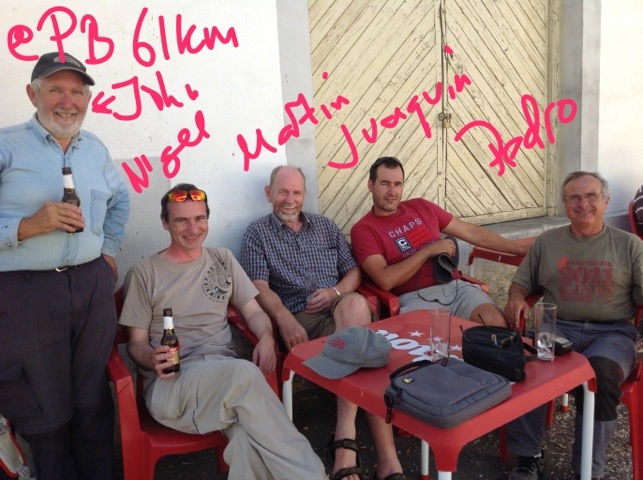