Today I was able to fly the Swing Astral 7.  I flew the  Astral 6 some years ago and was really impressed.  I flew the 24 which goes as high as 105kg and   ballasted as much as I could with my Woody Valley GTO to 95kg.

My little test are far from any thorough testing, I  just hope to convey a gut feeling and overall impression.

This CEN C glider feels very much like a CEN D from last year.  Controls are quite short and responsive and in turbulent air needs quite a bit of attention.  It took me a while to settle on this glider and was perhaps a little over compensative initially to reign in the movements.  However, the glider seems very pitch stable and when I was finally brave enough to let it fly found it very nimble even in the rough and tumble of a 5m/s at the Pass. 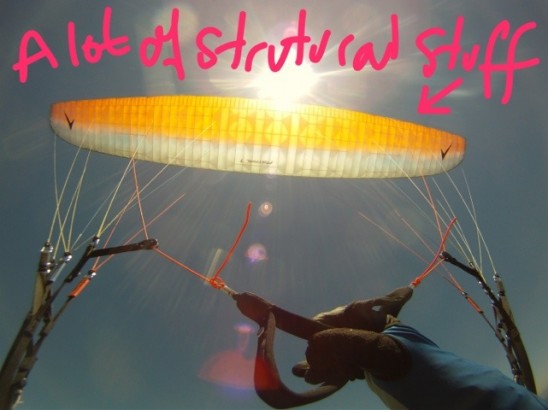 I had two low saves, which for me are the best way to find if the glider works for me as it is when your really need a responsive wing to be able to sense the air, yet integral enough not to thow you when wanging the glider close to the deck.  The glider was super in this respect.

Build qualiyy is very nice.  Your can read all about it on the manufactureres web page //www.swing.de/index.php?main=produkte&sub=astral7&lang=en.  What I particularly liked was the neoprene brack handles and the high qulaity Harken pulleys on the risers.  The cell openings also looked pretty neat as did the general sexiness of the sail cut. 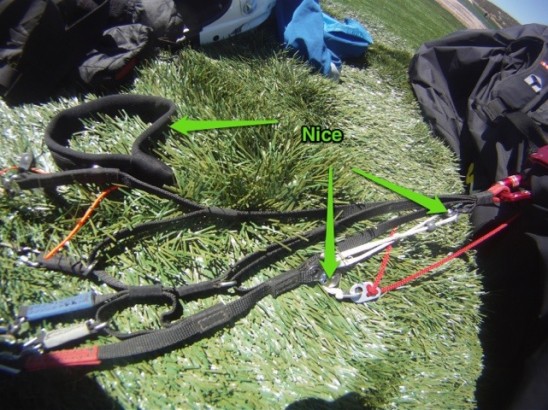 Is it the glider for you?.  Well you can certainly test fly one if you come out since Andreas Merzger the importer for Spain hold all the sizes and is nearby to us.

Is this a glider for the average profile of most of my guests?  probably not.  You would want to be a pretty regular flier and knocking in a few XCs at home each month before you would want to fly this little racer in July conditions here.  The new Mistral (CEN B) will be out towards the summer.  I reckon that is likely to be something special.