Today we set a goal to Iscar, the town just between the airspace gap south of Valladolid.  Leaving Lastra before 12am we found things rather scratch with climbs not much above 2400m for the first hours.  A few landed before exiting the Piedrahita Valley.  Ian, flying a loaned Phi Tenor made 100km.  Luc and Fred were around around the 50 to 60km mark.  Hero of the day was John who made goal, arriving at 3000m, making his personal best in distance, altitude and time in the air.  At the end of the day the conditions were giving us over 4000m cloudbase with perfect Cu.  Landing around 5pm and with over 3 hours of convection left with the day fully working, it would have likely been possible to make the 200km.  However, it was great to make the declared goal and we made it home around 9am; time enough to have dinner and get rested for tomorrows equally big day. 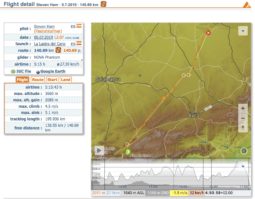 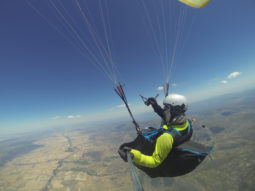 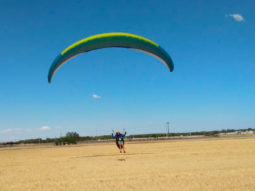