Trying every site and final success.

A moderate SE forecast but  expecting to come onto PN; which it did. However, we tried Lastra early on, arriving just as some Swiss pilots successfully went XC after which the wind went over the back.   Later back at PN, most go off, but not all before it went over the back.  We then had a drive to Navalacruz, a site I have not flown for 23 years.  A nice site.  Steve B and I made over 3000m and flew along the south site of Serrota landing at after a little more soaring at Chia (some 14kms away).   Best flight of the day from PN was 80km.

Below also the remarkable 185km flight made by one of the Swiss yesterday. 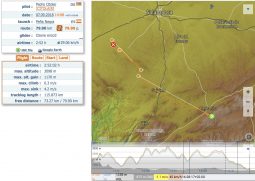 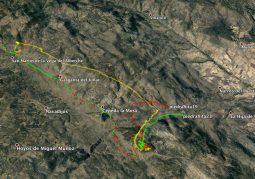 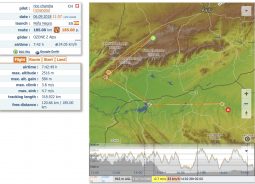