A decent forecast but with weak and inverted (around 2300 to 2700m) earlier in the day.  The SW wind came onto PN, but the anabatic wind was crossed making it tricky for many to stay up.  By the Pass, 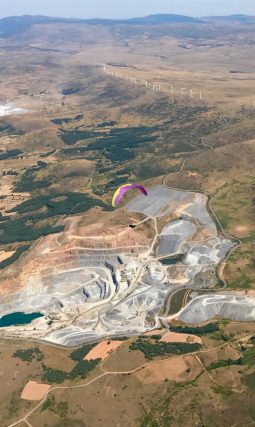 conditions had improved, but only 7 made it over, with Martin landing at the top near the Antenna (an 8th).  Indy, Phil, Ralph and I made our way to Segovia.  Indy and Phil seemed to have an easier time of it on their Zenos than Ralph and I.  Ralph had a miraculous low save at the Decathlon car park in Avila.  I took a wide route to the north hoping for a magic line of convergence, which I never found.  A light NE after Avila for me making it slow going.  It was only after Villacastin that I was finally getting near 3000m.  The 4 of us were at the Segovia Hospital Goal by about 7.30 landing into a light NE wind after doing some aerial sightseeing over the city.

The Alcazar of Segovia 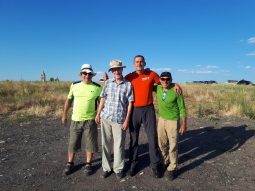 At the goal field Segovia