Ralph has been a bit of a star Pilot this week with already 2 returns of over 100km.  However, today, he has done probably the longest out and return in Spain this year with a phenomenal flight of 166.59km.  Flying alongside was was Michael who failed to get back over the pass, but also made a great flight of around 145km.  Simon and Abbey also flew to Avila on the Tandem.  Whilst this was going on it was our changeover day so most guest were arriving or departing.  This coming week looks to be a big one! 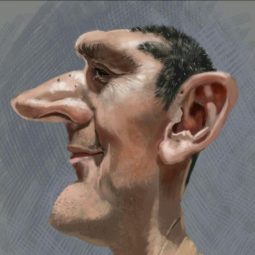 Ralph’s caricature I did of him last year. 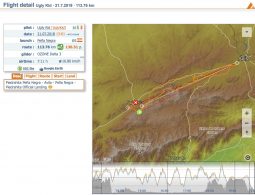 Ralph’s out and return flight