Not the day I hoped for.. but initially flyable.  Wind is more square on the hill than yesterday so less turbulent in that respect.  However a relatively low inversion around 2000m is going to spoil the prospects of an easy XC.  Unless this is wrong and we get high then the best option for a decent flight is to stay in this valley turning back before the Corral using the ridge and later making circuits out in the valley to the North.  A better direction for the evening soaring which should with these conditions give for  quite spectacular lift.

Tomorrow the wind drops and moves to the north. 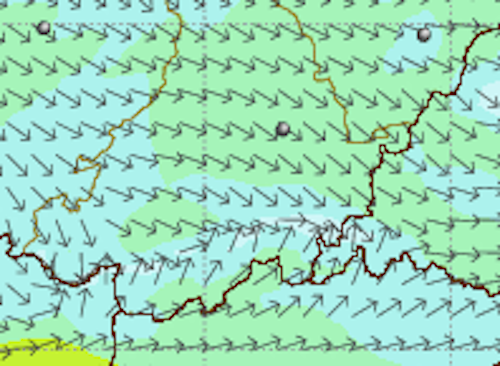 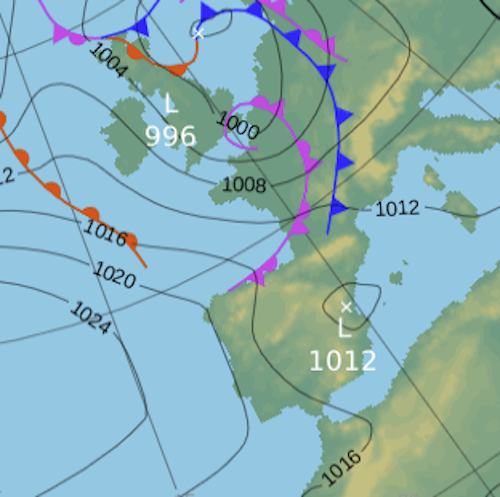 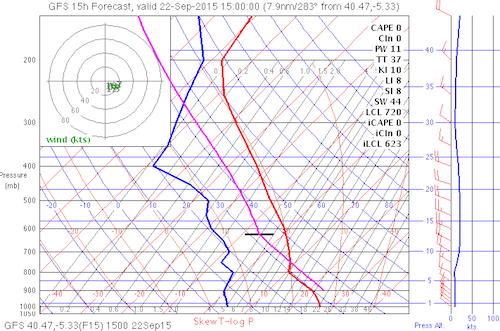