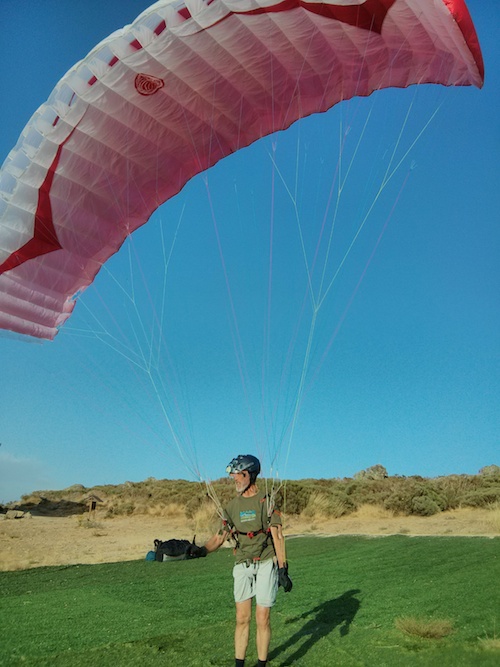 Michael and his speed glider 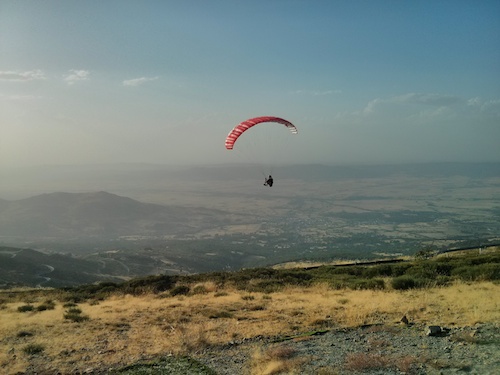 This to my knowledge is the first ever take off with a speed glider from Peña Negra.  Our slope here is rather shallow, which allows it to catch the suns rays from early on, even though it is NW facing.  This is the reason it is so good for thermals.  However, that makes it a poor choice for speed gliding.  We used to have problems reaching the bottom 2o to 25 years ago on gliders with a similar glide ratio.

We did have a speed gliding hang gliding competition in the late 90s during the Hang gliding word series.

This was during the evening an you can see the poor visibility of the atmosphere due to the forest fires to our West.