This is the big open distance day of the week, however the winds are stronger so earlier in the day it may be a bit uncomfortable.

Winds at launch at 8.30am are light over the back, which is a good sign that it should come on at PN (I expected it to be much stronger at this hour).  We will watch the development at PN, and hope to fly there rather than lastra (it direction is along the slope at both). The sun should bring it on at both launches, but PN should be a little less turbulent.

A  typical summertime pattern with the Azores hight and a heat low forming over the Peninsula.  Introduction of some cooler air at higher levels will give some storm in some parts today, but more to the pyrenees and North.  A weak trough from mid day tomorrow will give more clouds and risk of build up, but less wind tomorrow. 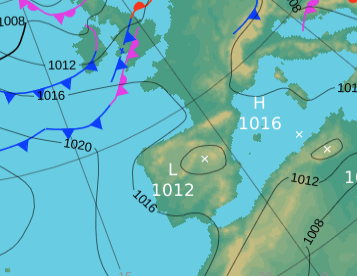 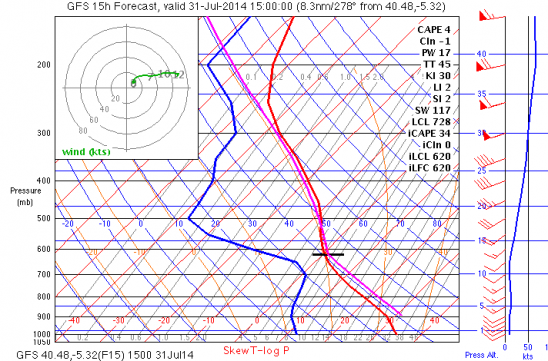 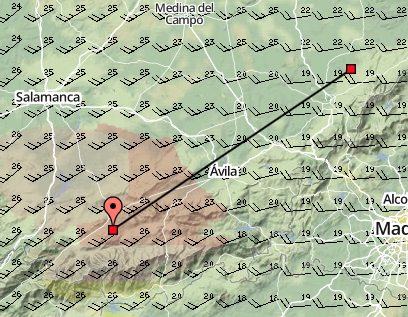 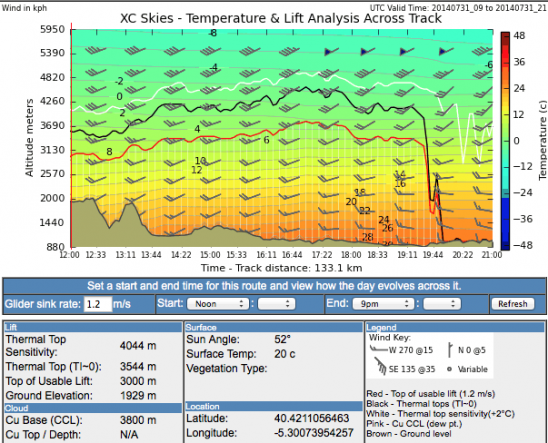