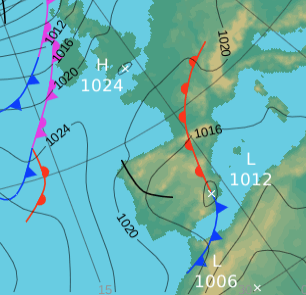 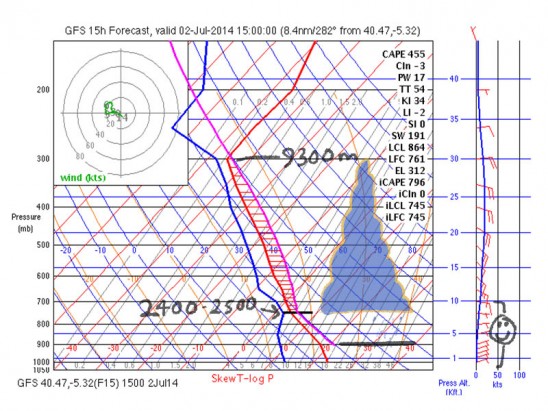 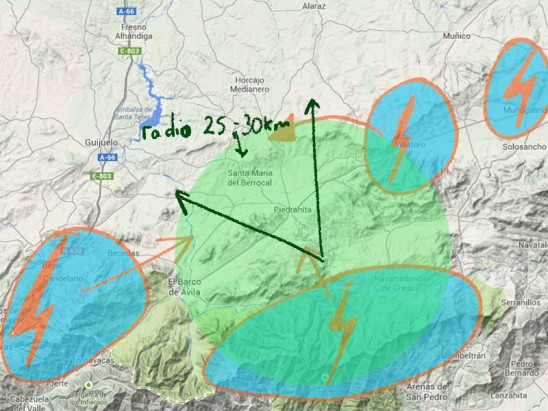 Really rubbish for safe paragliding!  We have cool air aloft and high instability which will lead to Cbs quite early in the afternoon.

Perhaps on the plus side we have light winds from the NE which will allow us to take off at Pena Negra and spend some time in the air.

Flying with a Cb forecast is extremely dangerous and foolish.  That said, what sort of task could we run that would reduce the risks in favour of survival of the majority of the pilots?

1.We cannot run a race start as it would  need us to wait for a period in the air for the race to open and we need to complete the task as early as possible and also promptly move away from the mountains which have a higher likelihood of Cb development.

2.Task has to be short to ensure all finish or are grounded very early.

3. If we set a specific route we cannot be sure that Cbs or congests will move over the course

4. Can´t do classic open distance , which would allow a good route selection through the terrifying bits but would have us in the air too long.

Things in our favour.

1. A percentage of the competing pilots are rational human beings who will recognise the danger when it becomes apparent and go to land.

2. The Piedrahita Valley and the flatland sector towards the NW is usually the last to be effected by Cbs or large congests clouds.

3.Supercell development is not likely.

Ground start race to exit a 20km or 30km cylinder.

Ground starts only work when the conditions are poor early on and there is no rush to get off and the take off is large.  Clock is going for all when the window opens so it encourages people to get in the air and on track early, which is what we need.    Plenty will bomb early, but the risk of going down is offset by the fact that they will be ahead.

If it is very easily to stay up when we open the window we could set a race start 15 mins after window open as a cylinder of about 3km.

Task is very short, but that is what we need.