Flights to the east and west

The trough seems to have moved more NE and today we should start out with light N winds, perhaps moving more to the NW by the late afternoon.  It will be cold , zero degrees C at cloud base this morning (2600m), and cloud development should be restricted.  However, later in the afternoon we will see some greater growth and the occasional towering cumulus, though storms are unlikely.  Also it will warm up to around 5 degrees at base.

Due to shifting winds it is likely that the  Barco direction (to the west ) is best early on, perhaps with a return flight from there.  Due to the persistent instability it will probably be a bit too exciting in the Ambles (Avila) Valley, but circuit flights between Barco de Avila and the Villatoro Pass should be realistic.  Thermals and perhaps overdevelopment of Cu will be held back by some upper level cirrus which will work in our favour I imagine. 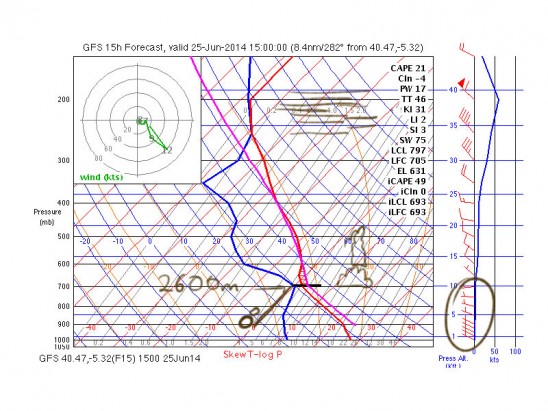 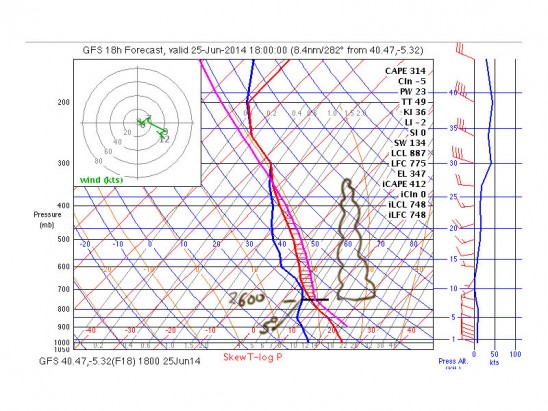 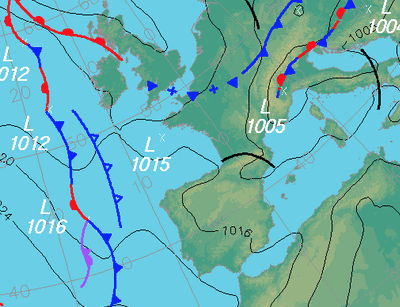 Nice day with good Cu and thermals.  A good bunch Barco and beyond in the morning and a migration to the Pass for the evening flight.