My long awaited trip to the Uk has so far been fantastic.  My new Delta 2 arrived just in time and my first flight was from my favorite site of Ubley was down to  the coast to Exmouth with about 90km.  A lovely bank holiday shared with lots of like minded folk in the North South Event, with an epic Monday and a declared goal of 171km of which 13 of us arrived.  A wonderful day and almost like my cartoon with gliders all across the landscape.  I hope you all got out and enjoyed it as much as I did.

Yesterday back at Golden Ball and another recorded declaration of 176km to somewhere up in Wales.  I had a late start and some silly  launch problems which put me an hour behind Barney, Mike, Eddie and Helen.  Many thanks to those Thames Valley pilots a who helped me out.   Tricky early on but conditions blossomed at Gloucester with climbs  towards the Malverns going to around 6500ft.  I was then able to push on fast and was south of the Mynnd when the day started to decline.  A final glide of around 25 km to the goal cylinder which I was going to make with 140 ft at the last km. I then hit a small climb even with the sun so low, which in retrospect I should have taken to take me over the hill to 200km where Mike and Barney had landed.

However, I had pulled all my comms cables after my launch attempt so  knew nothing of them till I called Mike after landing, so I put down in a safe field just past the goal cylinder.  Many thanks to Steve Etherington for bringing up Mikes van, and to Mike for going all the way back south before going back to Cumbria.

2 days and 2 hundred mile flights and over 14 hours in the air.  I keep telling people how amazing the UK is for flying.  I will be sad to miss out on the rest of the season, but will be back again for my holiday sometime next May. 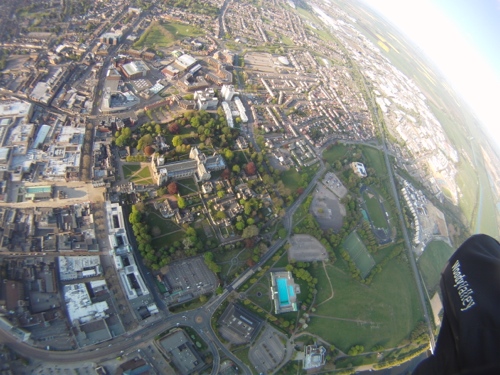 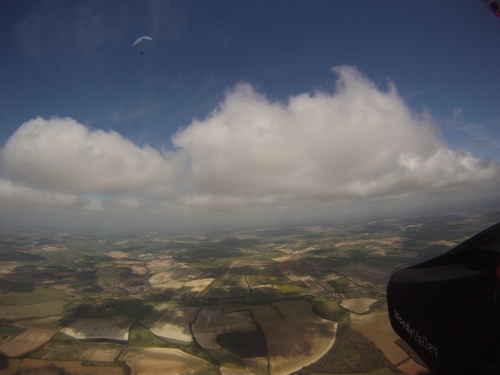 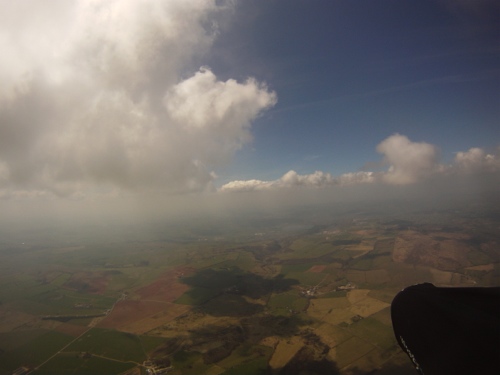 The track logs to all the flights can be found here.

One Response to “My UK flying hols. 2 British record flights in 2 days”