Andalucia trip of 20 years ago – and next week too!

A few weeks back we were at Cenes next to Granada city and with the sun so low and staying on the South side for most of the time it seemed that flying the spur to the left of Cenes would be better.  Years ago we flew from Purche, though now if you walk up (as Felix did) you can have a quick attempt at the thermals over that South face.  I think now they have build on the take off at Purche, perhaps that is why they no longer fly there.   I have found some shots of me flying my Voodoo 1 and a Black Magic from Purche and from Baza in Granada in November 1992 when I was making a dealer tour of the region

Also a photo of me on my all mylar K2 from March 1991  on the SE face at Algodonaleswhich is now far less rocky and good for PGs after condsiderable improvements for the HG Worlds.

I am going back next week with a group from the Malverns.  The group numbers have dropped dramatically so there is LOTS of space if anybody is interested for next week.

I should have the Blacklight and the Rush 3 with me for those who want to test fly them. 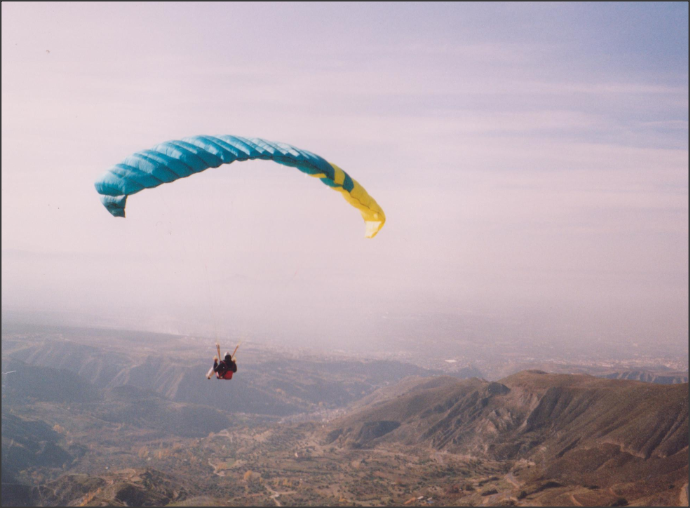 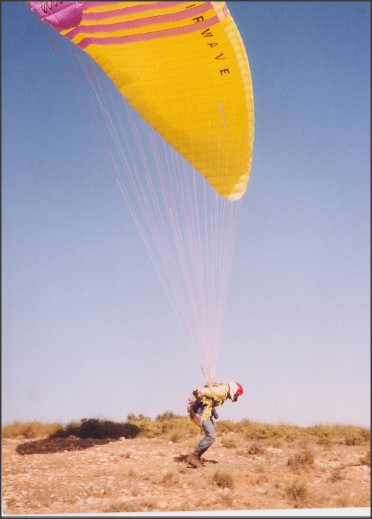 Baza in Granada 20 years ago 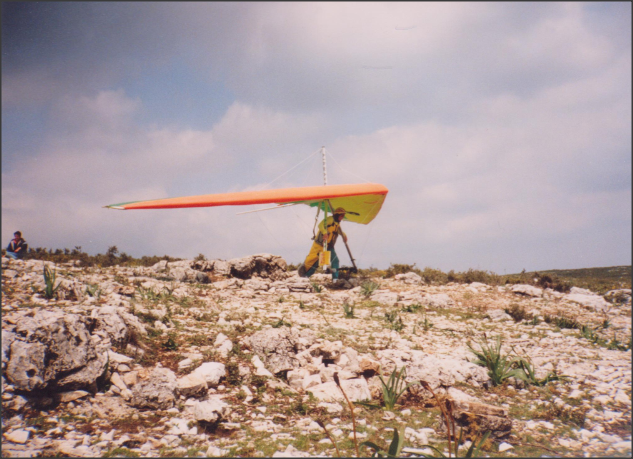 One Response to “Andalucia trip of 20 years ago – and next week too!”