WSW and a bit breezy with poor climbs 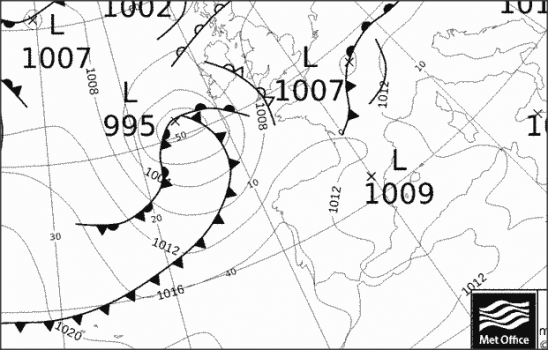 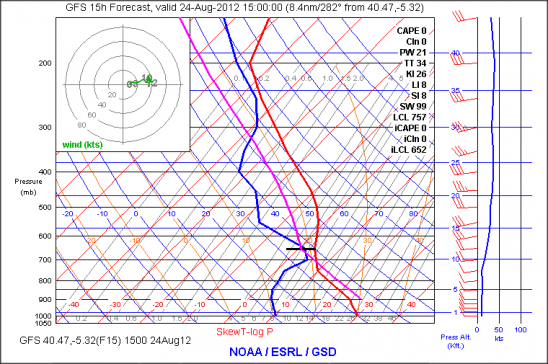 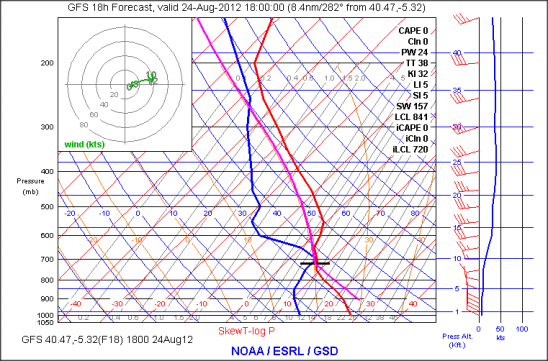 The wind at PN is crossed along the hill at 8.30am, so probably it will come on.  Winds in West and going more North at the end of the day.  A strong inverstion near take off altitude rising only to around 2600m durng the day.  Some climbs to maybe 2800 later in the day, but stronger winds aloft will make it turbulent.  Expect once again strong winds in the Ambles Valley and compression at the Pass and strong downslope winds in the Vicinity of Villaotoro.

Local flying to the E of the big Spine is recommended unless this forcast is worse than reality.

What Happened.  An hour or so local flying early afternoon, then a big lifty evening flight.