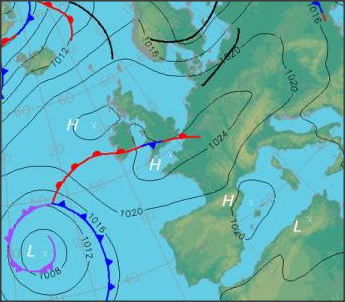 The development of a low pressure system in the Atalantic is going to favour southerly winds bringing up warm air from Africa.  This will also provoke a heat low at surface level over the Iberian peninsula.  Thermal quality not likely to be good untill later in the afternoon.  Wind strengh may also be a problem.  Potential for flights to NE from Lastra, but we know the possible problems there.  An early start once again- but bring a book and some sanwiches in case we need to hang around again.  Blue thermals to over 3000m and some Cu development in mountain areas and other hot spots. 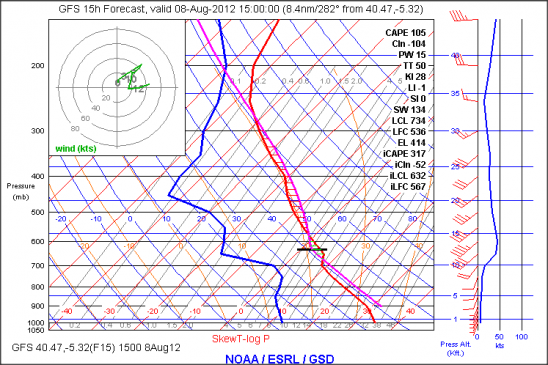 Time/conditions to NE from Lastra

Note on the above that conditions are not really going to get going untill around 2pm.  This may stop mixing down before keeping wind speed at take off acceptable – or maybe it won´t!

Not a favorite day for flying.  Tried at Chia.  No go.  Tried at Lastra, with Nick, Simon and myself off.  Very turbulent.  Nick and simon landing over the back.  I got to 2900m where it calmed little at all.  I landed in nice winds in the Middle of the Piedrahita Valley.  Simon and Nick in stronger along the Barco Valley.