The trough seems to have moved somewhat to the east.   High pressure begins to move in from the west which should fully stabalise things from Sunday onwards.  However, untill then we continue with the risk of large cloud build ups.  The cold front arriving should only affect adversley the northern part of Spain as is often the case at this time of year.

The lighter winds should allow us to get some flying from Peña Negra.  Flying XC depends upon the speed of build up. 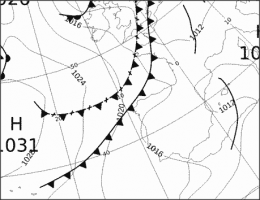 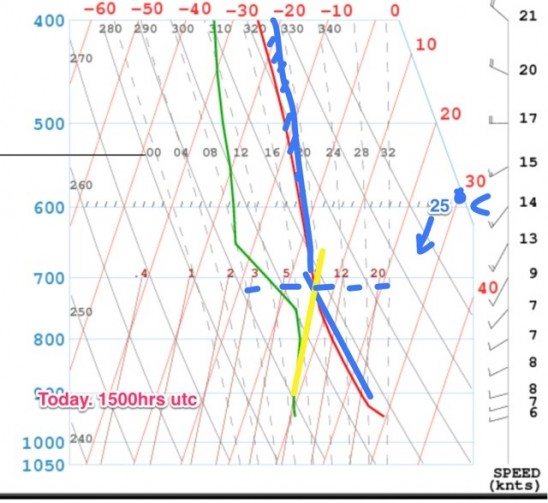 From the Skew T of today we can see that the CAPE (shaded area in blue – Convective potential energy) is significantly smaller than previous days.  I we look at tomorrows skew T the temps would have to reach around 40ºC for cloud development (yellow lines). 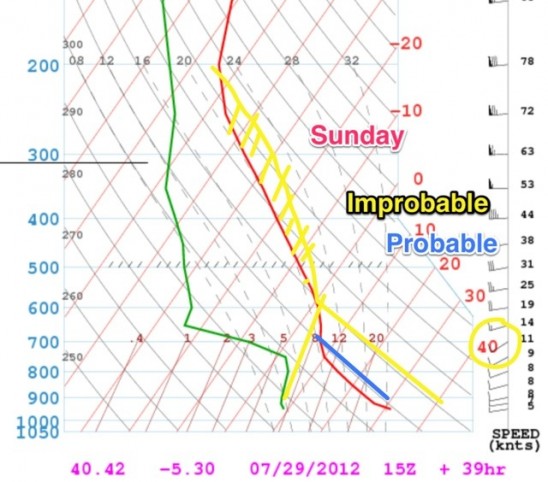 I have made a route forecast to the NW to avoid the Avila valley(often site of CB development due to convergence).  This means getting across the valley, and is not as easy as the route to the Pass in the initial stages, but once clear of the Piedrahita Valley to the N, it is a nice route with roads and generally good conditions.

The wind is on the hill (PN) at 9.15am.  We should go up for 11am an bre ready for an early flight in case conditions deteriorate. 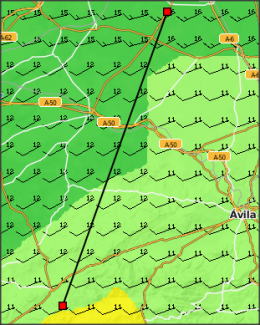 Route to NW for conditions/X section 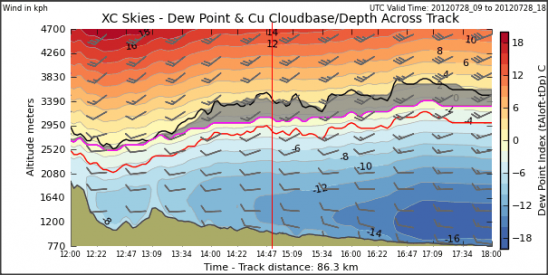 Quite easy to stay up at around 11.30.  We flew for around an hour then the clouds became a litttle large later on.

One Response to “An improvement, but..”