The heat low has further deepened and we now have an trough across us and a very high probability of isolated Cbs.  The winds are S most of the way through the convection layer so little vorticity and hence little chance of super cell development.  However, early Cu development to Congestus and probably Cbs in Bejar, Gredos and the Avila Valley.  The fact that the wind is South may allow us to escape to the north and the flatlands and avoid the earliest build up.  Wind at take off at 9.30am is S.  It may pull on with the anabatic wind – but by that time it may be already too late.  A trip to the south take off of Lastra may be considered. 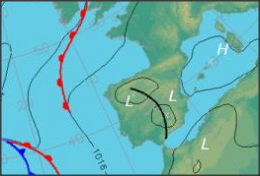 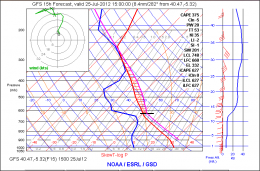 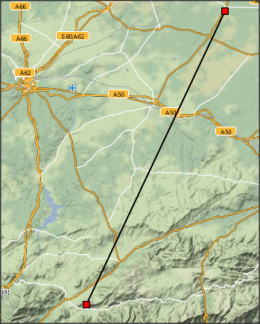 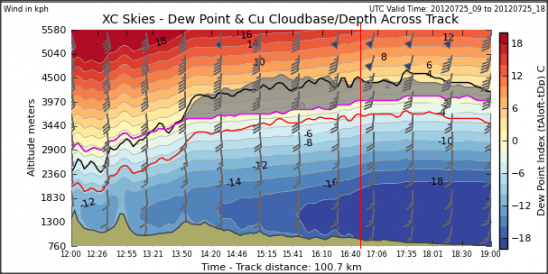 Some nice flying at Chia, though only for an hour and no XC attempt due to cloud build up over the back.

Storms later in theafternoon and spectacularly at around 10pm