Another cracking day with good Cu distribution. A trip in the Barco direction after a bid of early indecision on direction as the wind being light showed more W than the forecast E near launch. This early confusion put Colin on the deck in an awkward spot near Santiago de Collado.
The majority of the rest of us had an easy time with big climbs and reached Barco with no problem. Most reached the Tornavacas pass then made some of the way back to Barco, with Paul getting just to the outskirts.
The evening flight was a bit to the east needing a take off at Peña Negra rock launch.

A couple of photos from Mike Lowe, The Tornavacas Pass with the Chery Tree Valley beyond and proof that flyPiedrahita is not just about fantastic flying in the day – the nights can be pretty good as well! 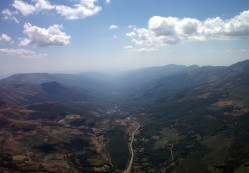 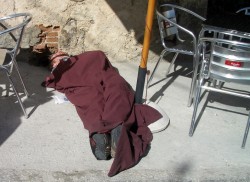