Today at task 7 we had some of the best flying conditions in this week. Urs Dubach was landing at around 180km at 18:30. We had a very late prize giving at around 12.30am as many competitors did not get back till around midnight. 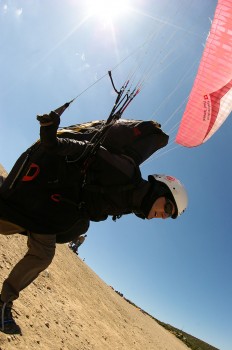 The overall winner of the Piedrahita event was Paul Tomassi (CHE), who has come close in our previous XC Open events.   Paul, although only having flown in the Piedrahita event of the series, has also won the overall XC World Series for 2009.  Paul was also the only pilot to fly back to Piedrahita yesterday (having reached Avila) to take the 20% bonus for the return.